Master P, the New Orleans-born rapper who came to California’s Bay Area and launched a music empire out of a Richmond record store, is looking to broaden his business with a line of cannabis and vape products called “Master P’s Trees.” 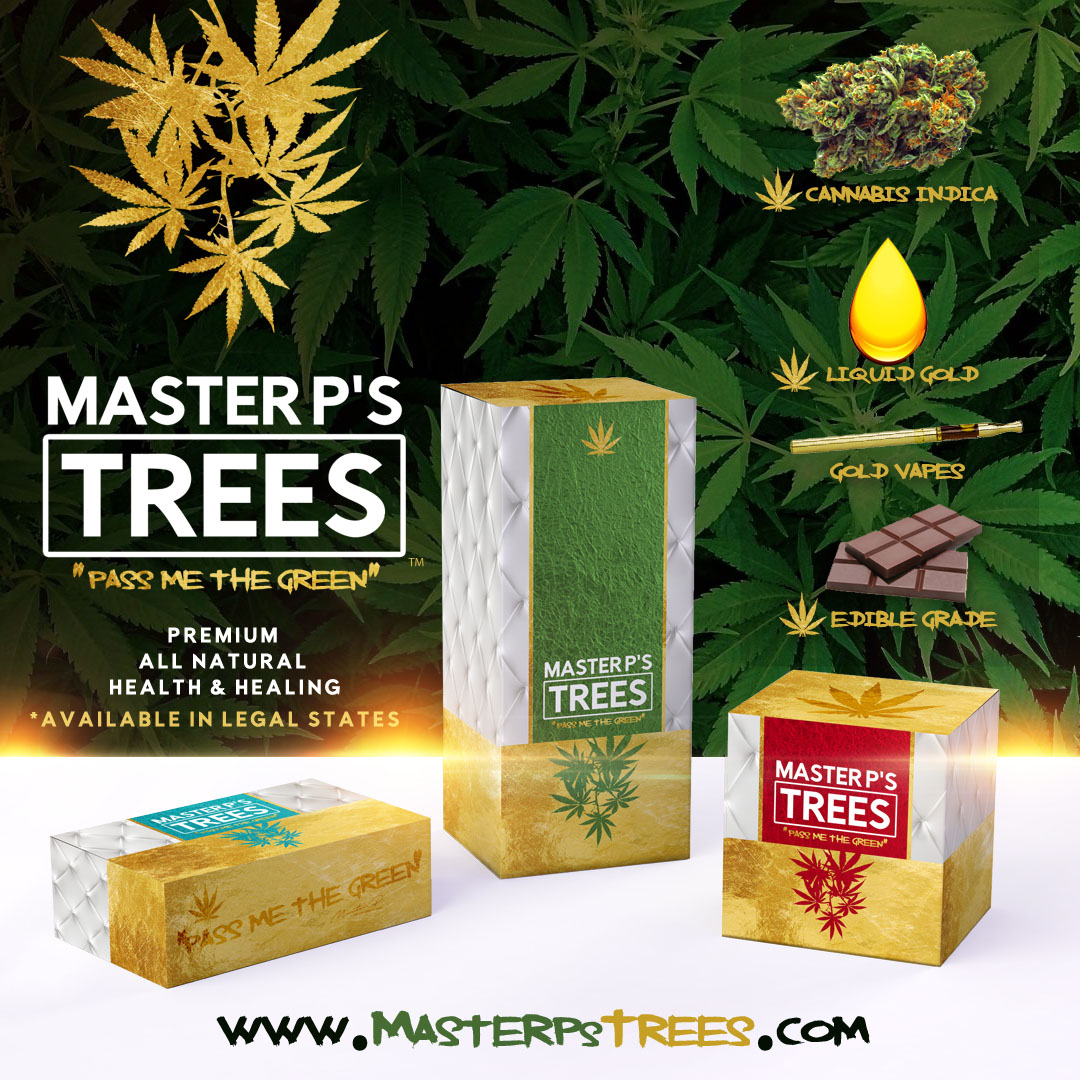 The “Make ‘Em Say Uhh!” hitmaker announced the new group of products, which will include Master P’s own line of OG flower strains and edibles, with a press release this week. The line of vape oils, called “Master P’s Liquid Gold,” is made with “an all-natural edible grade vape oil, free of all preservatives and toxins,” according to the release.

The line of vape oils will come in flavors like sweet tea and chocolate beignet, giving a nod to Master P’s New Orleans roots. The rapper, whose real name is Percy Robert Miller, returned to New Orleans from California in the mid-1990s.

The “Liquid Gold” vape oil will, of course, be available with gold vape pens.

“It’s a Forrest fire up in here, and Master P’s trees are blazing the way” Miller said in the press release. “For as long as I can remember cannabis has been around, helping medical patients, and now it’s a legal lifestyle. I’m happy to be an innovator in this movement, and to offer a healthier option with our edible grade oils. Pioneering the vape movement is what Master P’s Trees is all about.”

Distribution of the Master P’s Trees line will begin with an upcoming music tour, according the release.

A Guide to Cannabis Cocktails

Inside the Cannabis Bar Wedding Trend

Exercises You May Enjoy Under the Influence of Cannabis

Enhance Your Movie Experience With These 5 Strains

What is Green Wednesday?

How to make cannabutter and oil like a pro