Jack, a 23-year-old student who lives in Concord, started smoking marijuana to lift his depression and calm his anxiety. But it soon became an obsession, isolating him in a cloud of paranoia and passivity. It took a 28-day live-in treatment program — and weekly meetings with Marijuana Anonymous — to finally wean him from the weed.

As California voters headed to the polls Tuesday to consider legalizing marijuana in the Golden State, recovering abusers like Jack said they are evidence that addiction to pot is real – and that getting help is essential.

But that doesn’t mean they are opposed to Proposition 64. The newly passed measure makes the drug legal along the entire Pacific coast — and its use could grow.

Supporters argue that drug abusers need help, not punishment — and the measure will bring greater prevention, education and treatment efforts to control use of substance that is already widely available. Legalization, they say, could also bring long-overdue government oversight to a weed that is too often associated with Doritos-fueled bliss and romanticized by musicians from Bob Dylan to Snoop Dogg and cult films like “The Big Lebowski” and “Harold & Kumar.”

“When you regulate something, it’s no longer counterculture,” said one leader of a Los Gatos-based chapter of Marijuana Anonymous.

Proposition 64 sets aside 60 percent of marijuana tax revenues – estimated to be about $450 million a year – for public health programs to prevent and treat substance abuse among youths. It prohibits the sale of cannabis to those under age 21 and bars businesses from opening near schools. Packaging and labeling can’t target youth.

Many public health experts, however, say the law isn’t tough enough. They want cannabis to be labeled, packaged and regulated like tobacco to combat aggressive marketing strategies that could boost its use. Under Proposition 64, the weed will be regulated more like alcohol.

“The War on Drugs has been a disaster. People shouldn’t be thrown in jail for smoking dope,” said Stanton Glantz, Ph.D., of the UC San Francisco’s Center for Tobacco Control Research and Education. But he worries that marijuana legalization will create “a new tobacco industry.”

Once pot is legal, he warned, “you are going to see modern product development to maximize consumption. This new industry will have gobs of money and gobs of political power.”

Addiction experts agree that cannabis poses a far smaller serious public health risk than opiates and alcohol. They say most people can smoke marijuana without ill effects, just as many casually drink a glass of wine in the evening.

Dependence occurs in 9 percent of Americans who have ever used the drug, according to a 1999 study by the Washington, D.C.-based Institute of Medicine, a nonprofit research organization.  By comparison, addiction rates of alcohol are estimated at 15 percent; cocaine, 17 percent; and heroin, 23 percent. 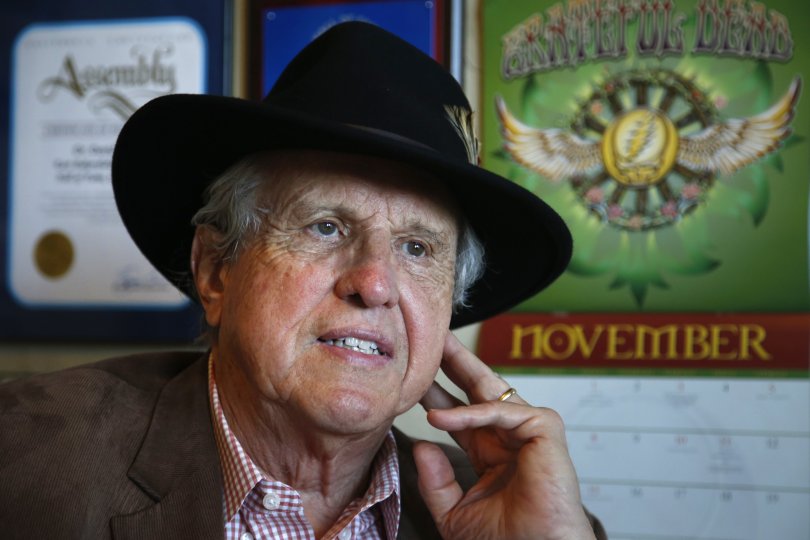 He said a subset of his teenage marijuana-using patients go on to develop more profound psychiatric symptoms.

But because cannabis toxicity and mental illness emerge around the same age, it’s often difficult to differentiate the two, he said.

“They think drug cartels will break into their house while they’re asleep at night and eat body organs,” he said, adding that those drug-related symptoms disappear when they stop smoking marijuana.

The problems even spurred the American Psychiatric Association to recently add “cannabis use disorders” and “cannabis withdrawal” to its Diagnostic and Statistical Manual of Mental Disorders.

“It’s so easy to get marijuana nowadays; it is virtually legal. … Why not do it in a way that mitigates the problem they have?” said therapist John Laird, formerly of Kaiser Oakland’s Chemical Dependency Recovery Program and now in private practice in Orinda.

“I have some misgivings,” he said. “By saying ‘it’s legal,’ are we saying it’s quasi-good for you? But overall, if it is legalized and regulated, that is better than the Wild West it is now.”

For Jack and members of Marijuana Anonymous  – which holds 27 weekly meetings in the Bay Area to combat dependency – the drug’s pull was psychological, not physical. They spoke on the condition that their last names not be published because they have achieved hard-won sobriety and do not want others to know of their past drug use.

“It felt like I might as well be dead,” Jack said. “I wasn’t living any sort of real existence.”

Afraid to leave his house, he followed the same routine every day: sleeping until late afternoon, loading his bong and watching YouTube and TV. He lost friends; he quit school. Cannabis and food were delivered to his door. “I didn’t even have the mental energy to play video games,” he said.

Smoking up to 20 joints a day, Randy noticed “it started affecting my ability to process information, to remember things. It slowed me down in terms of my career and making healthy choices. … I had financial problems. I had a lot of marriage problems. If I didn’t smoke, I felt super uptight.”

The habit started innocently enough, they said. So they agree with UCSF’s Glantz that without stronger regulation of how marijuana is marketed, legalization could boost habitual use.

Kristen recalls cherishing the spiritual connection she felt with others when passing a joint around. Randy, who started smoking in the late ’60s, noticed how it heightened his musical perception at concerts at San Francisco’s Fillmore West and Avalon Ballroom.

“For a while, it was a really good thing,” he said.

But soon they saw how their friends quit easily after outgrowing the drug. In contrast, members of Marijuana Anonymous say, the weed held them tight in its grip.

“I would stop for awhile. and life would get better. Then I thought ‘I can smoke a little,'” Randy said. “Then I was back in the mess.”

So after four years of trying to quit, he finally stopped for good.

When Kristen had trouble quitting, she blamed her job, her relationships or her worrying over money. She tried moving to Mexico, but on one rainy night in Puerto Vallarta, after several margaritas, her relationship with cannabis started again.

“It took years. … I had lots of ‘last times,'” she said, crediting her recovery to her leadership role in Marijuana Anonymous. Now, “There’s a healthy fear of not wanting to go back to the depression, the constant monkey on your back and the guilt over not being able to control something.”

Laird, the Orinda therapist, said “the hardest thing is to get people out of denial … to see how dysfunctional it made them.”

To avert dependency, UCSF’s Glantz urges packaging joints like cigarettes, with warning labels on the front and back. He suggests language that would disclose the risk of dependency, cancer, cardiovascular disease and respiratory illness, as well as warn against driving under the influence of the drug.

Glantz worries about the emergence of “a Starbucks of marijuana” and believes state stores, rather than private dispensaries, should sell marijuana — borrowing the model of “alcohol beverage control” stores used by 17 states.

Jack, now a straight-A student at Diablo Valley College, agrees. “People need to be educated — with a level-headed argument — about the dangers of smoking weed,” he said. “Let’s be real. It’s easier to get pot than alcohol.”

HOW TO GET HELP

This article was first published at MercuryNews.com.

Your Guide to the Best Late-Summer Cannabis Destinations

An Inside Look at the Marijuana Supply Chain

From Napa Wine to Napa Weed

From Poison to Purple: 5 Sativa Strains You Have to Try

Your Guide to the Best Late-Summer Cannabis Destinations

An Inside Look at the Marijuana Supply Chain

From Napa Wine to Napa Weed